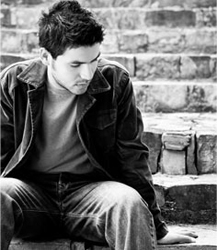 "Psychological and emotional issues are on the rise. Internet based programmes can prevent and provide early treatment anonymously and confidentially".

In this fast paced world of short-term commitments and information bombardment, people are struggling to stay happy.

Mental health problems are on the rise; stress, anxiety, panic and depression are now the top reasons for absenteeism in the United Kingdom. These problems are everywhere, affecting over a quarter of us in our lifetimes.

Despite mental health problems being a huge and often hidden cause of suffering for the global population, there is a perceived social stigma attached to these conditions. People are scared to admit they have a problem, and are even less likely to openly discuss their issues or go and seek help for them.

Most countries spend less than 1% of their health budget on mental health. The increasing numbers of patients and rising costs of mental health problems, has led to a renewed focus on preventative solutions.

CBT interventions may prevent onset of depression by up to 50%

Cognitive behavioural therapy (CBT) is an evidence-based psychotherapy that provides emotional skills training. Its goal-oriented approach helps individuals change their cognitions, thoughts and behaviours. The therapy is usually delivered in a face-to-face environment, either directly to an individual or a group. It is the treatment of choice for many mental health problems; the NHS National Institute for Health and Clinical Excellence (part of the UK's National Health Service) recommends it for anxiety, depression, post-traumatic stress disorder and obsessive-compulsive disorder.

CBT can be used in preventing psychological problems or treating their early stages. This means individual suffering can be alleviated, as well as providing the opportunity to reduce the likelihood of future problems.

Delivering preventative CBT face-to-face can be problematic due to the large numbers of people requiring treatment, over a larger geographic spread. Moreover, there are not enough trained CBT practitioners.

Preventative cCBT can be used in stepped care, chronic illness and occupational models

Other forms of CBT delivery include bibliotherapy and CBT by computer. Computerised CBT (cCBT) can be automated with no clinician input. As such, it is hugely cost effective. NICE recognises the value of cCBT for treating anxiety and depression whilst our own systematic review of preventative cCBT shows that, although early in development, there is a large potential for it.

We found preventative cCBT works in different population groups for a number of psychological conditions. The internet makes it more accessible, with the potential to reach millions worldwide. Additionally, the web-based delivery of cCBT platforms means they can be integrated into other models of healthcare including public, social and occupational health. Most importantly, internet delivery means that people can tackle their mental health problems confidentiality, thus minimising the attachment of social stigma through admitting their existence.